The UK could run out of land by 2030 due to the demands for the redevelopment of space for food, housing, and energy, according to a Cambridge University-backed report.

With the UK population forecasted to reach seventy million by 2030, the need for increased food production, extra housing, working areas, and amenities will increase the pressure to further redevelop the land.

This could mean redeveloping existing agricultural land with the expectation of more efficient farming which could help to free up between two and seven million hectares of developable land that could be used for housing, industry, and woodlands. However, this will still leave the UK with a shortfall and would erode our important agricultural land if demand grows in line with the highest scenario and supply decreases with the lowest.

The question is are there any other areas of land that could be used? The answer is YES. 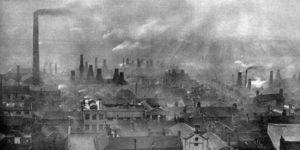 These sites are defined as ‘previously developed land’ which usually means it’s derelict or contaminated. Brownfields are said to account for sixty-six thousand hectares of land within the UK, which could be remediated to provide development platforms for new buildings.

Brownfields are also located close to city centres where infrastructure is already in place. These infrastructure systems could help to reduce the overall development costs and these savings could offset the brownfield remediation plans.

The government has also stated that brownfield sites will be targeted for restoration because they don’t offer any benefits. 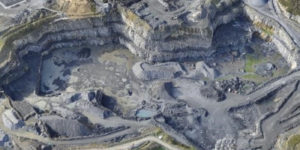 Firstly it is important to look at the value that landfills and quarries add. Quarries provide raw materials such as construction aggregates, sand, and clay which are vital components of the construction industry. These materials are used for the development of buildings whether that is to create development platforms or to produce bricks. The importance of quarries can’t be underestimated because a shortfall here could lead to a decrease in material supply, which could lead to a decrease in construction output.

Landfills are sites that accept a variety of different wastes such as municipal, agricultural, solid, industrial, and construction. Over the years they have gained a poor reputation because they can cause a variety of issues if they aren’t correctly managed. However, they do provide a lot of positives such as keeping cities and towns clean from waste.

Estimated No. of Landfill in the UK 500 x Average Landfill Size 243 Hectares =

What should we do with these sites? 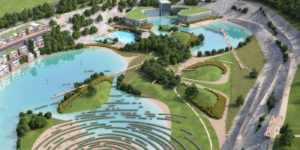 We understand that quarries and landfills are important to our local communities and industries however there should be plans to restore these sites. As quarries become exhausted of their raw materials, they leave large holes within the landscape which can’t be used for future development purposes. The same goes for existing landfill sites however instead of leaving void space they are filled with a variety of materials which creates a mound.

Brownfields can be seen as wasted land that should be restored because they don’t serve many purposes. Depending on the remediation plan they can be used to create new residential or commercial buildings.

So in short all of these sites should be earmarked for restoration before we begin to use agricultural land as a solution to bridge the land shortfall. 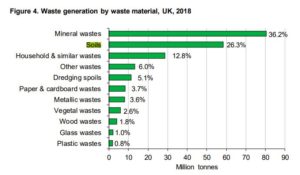 Now it’s time to talk about how construction soils can be used to restore the UK. Sites such as brownfields or landfills can have contaminated materials that will need to be removed if they are present. Void space is left behind from quarrying or the removal of material which then needs to be filled. In both cases, clean soils could be used to cap or substitute contaminated materials or to fill void space.

According to Defra’s UK statistics on Waste, the UK generated 222 million tonnes of waste in 2018 with soil contributing 58.5 million of the total tonnage. This makes soil the second-highest waste produced in the UK, accounting for 26% of overall waste.

Some of the soils that are sent to landfills could be recovered and directed to restoration sites such as brownfields, existing quarries, and end-of-life landfills. Restoring these sites would not only create development space but would also improve the local environment and contribute to a more sustainable industry.

Restoring all the available sites might not free up enough land to remove the shortfall, but it gives an alternative to using land which could serve a better purpose to the UK’s infrastructure.

GMAT offers soil disposal & recovery options for waste soils arising from construction development. Call the office on 0161 647 7409 or email info@gmat.co.uk to see how we can compliantly deal with your waste soil.

UK ‘could run out of land by 2030’ as housing, food and energy compete for space (telegraph.co.uk)